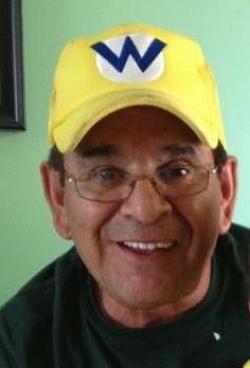 It is with great sadness that we announce the passing of Allen Patrick Polchies Sr. of Saint Mary’s First Nation on July 4, 2019 at the age of 72. He was the son of the late Richard and Geneva Polchies.

Allen, lovingly known to many as "Kevin from Devon", was a proud Maliseet Man. He was retired from the Saint Mary’s First Nation Band where he worked as a carpenter and bingo-caller for many years. He was also a loyal member of the Fredericton Legion.

Allen spent countless summers camping at Mactaquac with his wife, their "Home away from Home". He loved playing bingo, darts, collecting hats, and was an avid sports fan. Allen was also well known in his community for his yearly display of Christmas lights. He was proud of his lawn and could often be seen grooming his yard, or up at the crack of dawn snow blowing his driveway. He was a big fan of Elvis Presley; He even had a room dedicated to Elvis in his basement. He will be fondly remembered for his sense-of humor, contagious laugh and smile, and friendly personality. He will be greatly missed by all and forever remembered in our hearts.

Resting at Bishop’s Funeral Home 540 Woodstock Road on Tuesday July 9, 2019 from 2-4 & 7-9 PM. A Mass of Christian Burial will be held at St. Anthony’s Roman Catholic Church on Wednesday July 10, 2019 at 11 AM with Father Curtis Sappier and Father Martin Arputham officiating. A private family interment will be held at a later date.

In lieu of flowers, remembrances may be made to a charity of the donor’s choice. Online condolences can be made to bishopsfuneralhome.com
Click here to View Condolences
Service Date
Wednesday, July 10, 2019