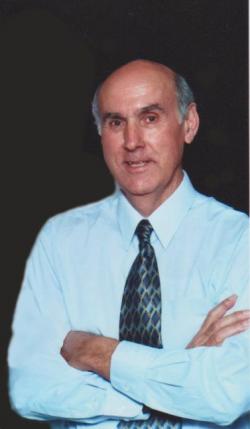 It is with broken hearts that the family announce the passing of Louis Spadoni at the Dr. Everett Chalmers Hospital on July 3, 2019.  Born on December 14, 1941 in Montreal, Quebec; he was the son of the late Annibale and Marie-Ange Spadoni.

Louis will be deeply missed by his loving wife of 55 years Patricia (McArthur); his children, Christopher (Tammy), Colleen (Ben), Michael (Lisa); his granddaughters, Kylie, Samantha, and Ava;  his brother, Francis Spadoni (Kathleen); his sisters, Lina Purdy (Andy), Susie Wilmer (Doug) and Rita Gaumond from Hamilton, ON; his sister-in-law's, Linda Chandler (Victor), Ottawa, ON and Deborah McArthur, Victoria, BC;  as well as several nieces and nephews.

For 26 years, Louis served with the Canadian Armed Forces and following retirement, went on to work at UNB for an additional 16 years (Security and the Physical Plant). In retirement, Louis loved to keep busy and took great pride in his lawn and snow-free driveway.  He enjoyed the sun and warm weather, which took him and Pat to Florida for many winters, as well as, many cruise adventures.   More than anything, spending time with his family was Louis’s greatest joy, especially sharing time with his granddaughters.  He was a proud Grandpa and Papa.

In keeping with Louis’s wishes, there will be no visitation or funeral service. In memory of Louis, donations to the memorial of the donor's choice would be appreciated.  Personal condolences offered through Bishop’s Funeral Home.

The family would like to extend a special thank you to the exceptional teams at the DECH Oncology Department, Palliative Care Unit and Extra-Mural Nursing Program.